The Blockchain and distributed computing are taking over the world with their meaningful applications. Not just cryptocurrencies but their tremors of presence could be felt in almost all major industries. From IoT to telecommunication network, aircraft control systems to scientific computing, they have counted their presence everywhere. Given their quantum of growth, the future of Blockchain based distributed systems seem promising. So if you are a great fan of Blockchain and the distributed applications, then let’s give you a sneak peek into their future and quench your curiosity.

Let’s reveal what distributed applications and Blockchain technology future will be alike in the coming few years:

The Blockchain is another big thing in this century that’s dominating industries and applications. The ripples that Blockchain technology and distributed ledger systems have created could be seen everywhere. The recent report from International Data Corporation vouches for its massive growth. It says that by 2019, around 20 percent of all IoT applications will have some sort of Blockchain services enabled. It’s a big proof that its growth story has a long way to go off.

The report further reveals that use of the distributed ledger technology could lead to the development of ingenious automated insurance policy applications that will benefit everyone in the loop.

Dan Bieler, the Principal Analyst says that Blockchain is all set to play a crucial role in third generation security. The infusion of distributed technologies with IoT will improve and automate the consumer’s day-to-day tasks. It’s soon going to become a living reality.

2. Blockchain Technology Will Build Its Own Asset-Tracking Tools

In the near future, the Blockchain will come out with its own asset-tracking tools that will facilitate secured transactions. The concept is similar to the tokenization that’s being used in the bitcoin technology from its evolution. In the coming few years, the blockchain will evolve, giving rise to really advanced tokens or coins that will act as digital notary.

Tokenization is the word that doesn’t come as a surprise if you are a fan of this disruptive technology. Whether established or blockchain startups, everyone puts tokens to use to make distributed applications more secured. The future of blockchain will revolutionize the use of tokens or coins and each asset transaction will produce a unique token that will thwart any exchange risk.

3. Blockchains Will Implement the Rule of Law

One of the key shifts you will experience in blockchain technology future is that it will be regulated and governed by authorities. Soon the blockchain will be ruled by law and the Bitcoin is considering that to happen in the near future. Due to a growth explosion in the blockchain, the need for governance is crucial to keep the disputes away. The blockchain is the future, but ruling it with a set of laws would help everyone make use of this technology to its best.

The government will have full control over smart contracts that will drive its growth story. Authorities would no longer put dumb ears to the blockchain as it was earlier. As the involvement of the governments into the blockchain is increasing, it will soon become a governed platform. The bitcoin has already considering the move and it will surely influence the other blockchain and distributed systems.

4. Use of ‘Zero-Knowledge’ Proof Will Dominate Distributed Applications

This concept will carry on to the future on a more serious note and scale as the number of personal blockchain networks will increase over time. With this concept, the businesses will be able to preserve privacy while facilitating the secured transactions in the distributed applications.

Future of Blockchain Based Distributed Computing (Wrapping It Up)

Given the trends, the future of blockchain and distributed computing seems to evolve to a point that benefits everyone in the loop. The shifts are signaling that blockchain has something unique to offer to everyone, be it a user or a business. Undoubtedly, in the next couple of years, the distributed ledger systems will rule every industry while giving a boost to security and ease of transaction online. With a promising future ahead, the blockchain based technology will rule over all the businesses. The quicker you take your business on the blockchain platform the more prosperous your future will be. Ask for blockchain development now.

Magento Commerce vs Magento Open Source- What Do You Prefer? 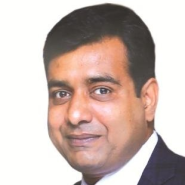 Ajay Goyal is a co-founder & Director of Endive Software. As a technology enthusiast, he manages the web and mobile app development team to help them to build unique solutions. Apart from that he regularly updates with the latest and trendy technology.

How To Automate CRM Workflows To Improve Your Sales?

9To5Cloud is a multi-concept informational service which helps you to learn more about technologies, web and mobile app development. With clean and functional layout and lots of useful features, readers will be able to enjoy our posts, reviews and news of technology.

7 Factors to Consider Before Picking a Web Hosting Service

How to make your eCommerce business successful in 2019

Know Your Right Target Audience For Iphone App Development And How To Acquire Them?